Request An Appointment
Talk to a Specialist
View The Course Calendar

The core muscles play a more active role in breathing than one might think, while the lungs play passive and equally important role. That’s why it pays to be aware of how we use our core muscles. One important payoff is pain relief.

Add mindfulness to a natural process

Deep breathing is, of course, deep respiration through the paying of attention to core muscles. There are benefits to this exercise:

During the respiration cycle, oxygen enters the lungs during inspiration. Core muscles operate together to increase pressure in the abdominal cavity. Meanwhile, exterior intercostal muscles lift the ribs upward and outward, creating increased volume in the thoracic cavity.  As a result, negative pressure forms in the thoracic cavity, allowing oxygen to enter the lungs.

Carbon dioxide and other impurities exit during expiration.

After oxygen absorption occurs, the diaphragm rises again as abdominal pressure declines and interior intercostal muscles pull the ribs back down. This helps the lungs to expel stale air, which includes carbon dioxide.

Forced breathing occurs as a sympathetic nervous response to aerobic activity or the body’s “fight-or-flight” reflex. During this sort of activity, the speed and force of air exchange increases, and large trunk and neck muscles activate to accommodate the need for extra oxygen.

While deep breathing helps one to calm down, simulating the sort of forced breathing that occurs during aerobic activity can help one to wake up his/her large muscles such as the latissimus dorsi (the lats). This neuromuscular reflex is the benefit Olympic weightlifters get from forced breathing in the moments before lifting huge loads.

About the core muscles

According to research, proper use of core muscles during deep breathing helps with loosening back muscles, which can help with relief of nonspecific low back pain.

Diaphragm – (top of the piston). A dome-shaped muscle underneath the lungs. It flattens on inspiration, which intensifies abdominal pressure and creates a sort of vacuum in the thoracic cavity.

Transversus Abdominis (cylinder) – a corset-like muscle closest to the internal organs, which stabilizes the spine and helps with expiration.

Multifidus (cylinder) – repeating pattern of super-strong muscle fascicles running from the small of the back to the neck. It stabilizes vertebrae and discs segmentally. It stabilizes the lower back. 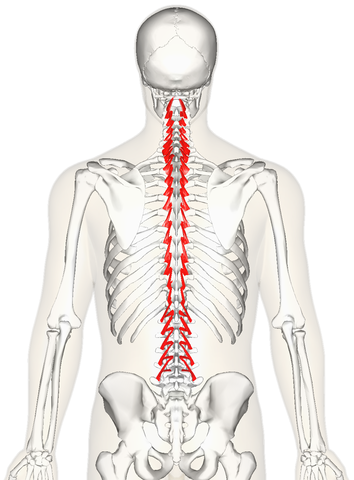 Pelvic Floor (bottom of piston) – A group of muscles that support the pelvis, organs, bowel and bladder. Complements movement of diaphragm during respiration, helping to maintain abdominal pressure.

Video: What Are Core Muscles? 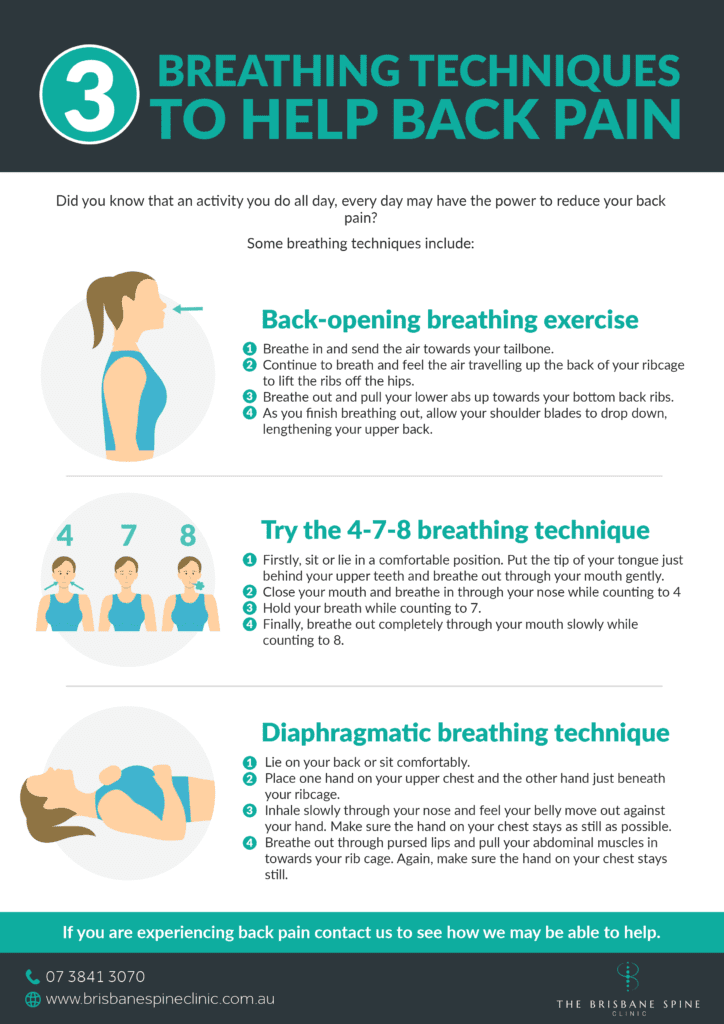 Center for Spine and Ortho

Breathing Exercises and Lower Back Pain

Posted in Back Pain, Pilates and tagged Back Pain, pilates
← Shoulder Stabilization is Essential to Neck PosturePT tip of the day: Proper lift technique for those holiday packages →